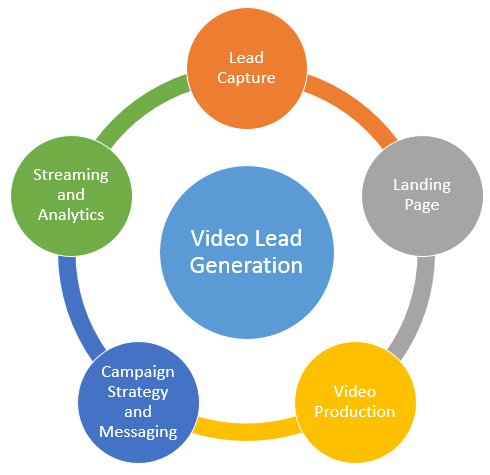 Make sure that the video is self-contained and presents its main message at the beginning of the video.  Include at least two call to actions in the video, one towards the beginning and one at the end.  When creating the script make sure to keep the script to 145 words or less so you can keep the video to about 60 seconds.  Shorter videos are overwhelmingly preferred by viewers.

Be assured that the video articulates the message well and its call to action are consistent with the lead generation campaign.  Keep it short and drive the point through in as entertaining a manner as possible to keep them watching.  Since you may need to address different pain points and different audiences; services like http://rawshorts.com will help to quickly and easily make different variations of the video so each audience is addressed with a unique video targeting them specifically.

A video needs to stream well in all streaming formats in order to be compatible with the many streaming formats currently available.  For example Apple does not work with Flash so you need video in various formats.  You also need to distribute it across many different social networks and video streaming sites so using a video distribution platform such as http://tubemogul.com helps do it efficiently.  Also these kinds of services give you great analytics on the video itself.  Video analytics are super important to measure the impact of the video itself and can tell you how effective the video itself is.

The lead capture portion of the landing page should be short and collect the most essential information only so that visitors do not get turned off by the amount of information required.  The video can show and promise the rewards for filling out the lead capture form.  With enticement from the copy on the video landing page and the lead generation video itself, lead generation can be greatly enhanced.  Make sure you have a plan on how you will use the captured data in your video lead generation campaign so you can act on it quickly and effectively.

Hi! I'm Antonio and I'm here to post some really cool stuff for you. If you have any ideas or any requests you can find me Twitter: @otalvaro